Lecturer Lee Teitel (pictured, left) is building a movement focused on school integration. “Building high-quality diverse and equitable schools is something we can do,” Teitel insists. But getting Am...
By RSS Feed
Posted in HGSE on 05 July 2017
Read more

Test prep isn't what it used to be. With technological advances, gone are the days of poring over a three-inch thick manual and filling out Scantron bubbles on sample test sheet after sample test she...
By RSS Feed
Posted in HGSE on 29 June 2017
Read more

Christopher Cerf came to Newark in 2015 ready to work. The public schools in the city had faced a number of tumultuous years — even becoming state-operated in 1995 — but, if the low graduation rates ...
By RSS Feed
Posted in HGSE on 20 June 2017
Read more

Sesame Workshop and IBM Watson Team Up for Personalized Learning

Recent weeks have brought worst-case reminders of the possible real-world implications of young people’s digital interactions. A litany of incriminating text messages led to a guilty verdict in the c...
By RSS Feed
Posted in HGSE on 16 June 2017
Read more 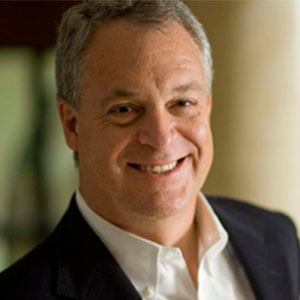 Christopher Cerf came to Newark in 2015 ready to work. The public schools in the city had faced a number of tumultuous years — even becoming state-operated in 1995 — but, if the low graduation rates and test scores, and low percentage of students reading on grade level were any indication, there was more to be done. "Change was in order," says Cerf, when he took on the role of the city's superintendent.

"A central part of [the school department's] function is to bring in great schools and to make sure that existing schools are, themselves, great," says Cerf, who also faces the daunting task of beginning Newark Public Schools' transition back to local control. To do this, he must balance all the competing interests at play, without losing focus on the most important thing: the children.

"My goal, my mission, and, frankly, my definition of success," says Cerf, "is that collectively we build an ethos around making every decision first and foremost about our principal goal of getting every children educated."

In this edition of the Harvard EdCast, Cerf speaks about the challenges in Newark and reflects on the progress being made.

About the Harvard EdCast

The Harvard EdCast is a weekly series of podcasts, available on the Harvard University iTunes U page, that features a 15-20 minute conversation with thought leaders in the field of education from across the country and around the world. Hosted by Matt Weber and co-produced by Jill Anderson, the Harvard EdCast is a space for educational discourse and openness, focusing on the myriad issues and current events related to the field.